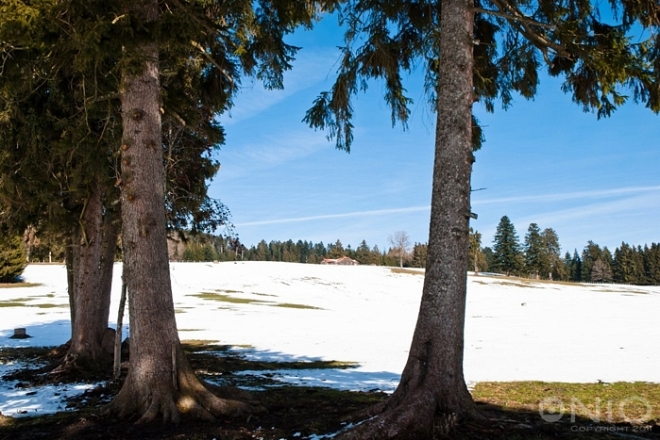 CLASSIFICATION IS ONE OF THE MOST DIFFICULT of all tasks. Even in the realm of religion there are enough lights and shades to make it injudicious to draw too fine a line between men and men. If the religious world were composed of squares of solid black and solid white classification would be easy; but unfortunately it is not.

It is a grave error for us evangelicals to assume that the children of God are all in our communion and that all who are not associated with us are ipso facto enemies of the Lord. The Pharisees made that mistake and crucified Christ as a consequence.

With all this in mind, and leaning over backwards to be fair and charitable, there is yet one distinction which we dare make, which indeed we must make if we are to think the thoughts of God after Him and bring our beliefs into harmony with the Holy Scriptures. That distinction is the one which exists between two classes of human beings, the once-born and the twice-born.

That such a distinction does in fact exist was taught by our Lord with great plainness of speech, in contexts which preclude the possibility that He was merely speaking figuratively. “Except a man be born again, he cannot see the kingdom of God,” He said, and the whole chapter where these words are found confirms that He was speaking precisely, setting forth meanings as blunt and downright as it is possible for language to convey.

Just who belongs to one class and who to the other it is not always possible to judge, though the two kinds of life ordinarily separate from each other. Those who are twice-born crystallize around the Person of Christ and cluster together in companies, while the once-born are held together only by the ties of nature, aided by the ties of race or by common political and social interests.

Our Lord warned His disciples that they would be persecuted. “In the world ye shall have tribulation,” He said, and “Blessed are they which are persecuted for righteousness’ sake: for theirs is the kingdom of heaven. Blessed are ye, when men shall revile you, and persecute you, and shall say all manner of evil against you falsely, for my sake.”

These are only two of many passages of the New Testament warning of persecution or recording the fact of harassment and attack suffered by the followers of the Lord. This same idea runs through the entire Bible from the once-born Cain who slew the twice-born Abel to the Book of the Revelation where the end of human history comes in a burst of blood and fire.

Difference of moral standards between the onceborn and the twice-born, and their opposite ways of life, may be contributing causes of this hostility; but the real cause lies deeper. There are two spirits abroad in the earth: the spirit that works in the children of disobedience and the Spirit of God. These two can never be reconciled in time or in eternity. The spirit that dwells in the once-born is forever opposed to the Spirit that inhabits the heart of the twice-born. This hostility began somewhere in the remote past before the creation of man and continues to this day. The modern effort to bring peace between these two spirits is not only futile but contrary to the moral laws of the universe.

To teach that the spirit of the once-born is at enmity with the Spirit of the twice-born is to bring down upon one’s head every kind of violent abuse. No language is too bitter to hurl against the conceited bigot who would dare to draw such a line of distinction between men. Such malignant ideas are at odds with the brotherhood of man, says the once-born, and are held only by the apostles of disunity and hate. This mighty rage against the twice-born only serves to confirm the truth they teach. But this no one seems to notice.

What we need to restore power to the Christian testimony is not soft talk about brotherhood but an honest recognition that two human races occupy the earth simultaneously: a fallen race that sprang from the loins of Adam and a regenerate race that is born of the Spirit through the redemption which is in Christ Jesus.

To accept this truth requires a tough-mindedness and a spiritual maturity that modern Christians simply do not possess. To face up to it hardly contributes to that “peace of mind” after which our religious weaklings bleat so plaintively.

For myself, I long ago decided that I would rather know the truth than be happy in ignorance. If I cannot have both truth and happiness, give me truth. We’ll have a long time to be happy in heaven.