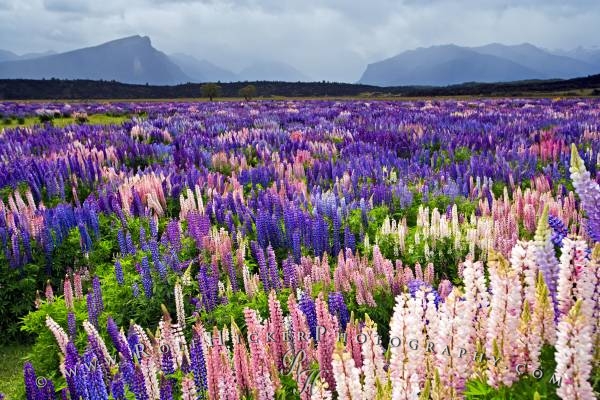 John 11:52 and not for the nation only, but also to gather into one the children of God who are scattered abroad.

John11:52
Our great, sin-atoning Substitute laid down his life and died for the children of God. According to the prophecy of Caiaphas, Christ was to die, not for the nation of the Jews only, but to “gather together in one the children of God that were scattered abroad” throughout the Gentile world. Redemption and adoption belong to the same people. Those who are predestinated to adoption by Christ are said to have redemption in him through his blood (Eph 1:5,7). This blessing of adoption, in the full enjoyment of it, in the resurrection, is called “the redemption of the body”. The resurrection is called the redemption of our bodies because redemption, in so far as the application of it is concerned, will not be complete until our very bodies are redeemed from all the consequences of Adam’s fall (Rom 8:23; Eph. 1:14; 4:30).

Our all glorious Redeemer died for every sinner in this world who believes on him as Savior and Lord. The fruit of redemption is the evidence of redemption; and faith in Christ is both the fruit and evidence of redemption. The children of God are a particular number of men, who were given by God to his Son to redeem. They are the seed promised to him in covenant of grace that he should see and enjoy, and with whom he shall be satisfied forever. These are the people to whom he stands in the relation of the everlasting Father. They are the people for whom and on whose account he became incarnate, took part of the same flesh and blood. They are the many sons he shall bring to glory (Heb 2:10, 13, 14). They, and only they, are the children of God who are openly and manifestly the children of God by faith, who believe in Christ. This faith in Christ is owing to and the result of special grace and distinguishing love. It is a work, operation, and blessing of grace conferred upon none but they who are the objects of God’s election and Christ’s redemption., and is a favor that is only conferred on some (Rom. 9:8; Gal. 3:26; John 1:12; 1John 3:1). Do you believe on the Lord Jesus Christ? God help you to believe! If you do trust the Son of God, he died for you. Your faith in him is the fruit and evidence of the fact that he redeemed you with his precious blood.

Our great and glorious Savior died, made atonement for, and redeemed with his precious blood his church which is his bride and spouse. The objects of redemption are those people who are the church and spouse of Christ. It is the church which he loved and for which he gave himself as a sacrifice and ransom price to redeem. It is the church he has purchased with his blood, even the general assembly, the church of the firstborn, whose names are written in heaven. That church is all the elect of God, whose names are written in the Lamb’s book of life (Eph, 5:25; Acts 20:28). Of that church of which Christ is the head and husband, he is the Redeemer. “Thy Maker is thine husband; and thy Redeemer the Holy One of Israel!” (Isa. 54:5). This cannot be said of any denomination, or of all bodies of men professing to be the church of Christ. The great whore of Babylon is not the spouse of Christ. Those who are drunk with the intoxicating wine of Babylon (Arminian, free-will, works religion) do not belong to and have no part with this church which is the bride of Christ. That church coming from Babel our Redeemer calls a whore. The church which is his bride, he calls a chaste virgin! Though there may be “threescore queens, and fourscore concubines” of Babylon’s sort; yet, says Christ, “my dove, my undefiled, is but one” (Song 6:9). This is his Bride. This is his spouse.

2 thoughts on “For Whom Did Christ Die? – The Children Of God”