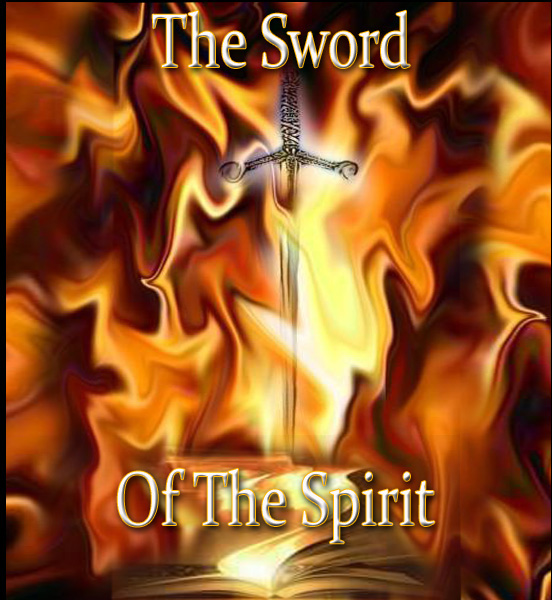 The language of warfare is sprinkled throughout the apostle Paul’s writing, especially where it relates to leadership. He urged Timothy to “fight the good fight of faith” (1 Timothy 6:12). And he commanded believers to take up the armor of God (1 Thessalonians 5:8) and prepare for battle. His life was a spiritual war as he combatted false teaching and religious error.

But Paul knew the real battle was not ultimately against human false teachers. It was nothing less than full-scale war against the kingdom of darkness. “We do not wrestle against flesh and blood, but against principalities, against powers, against the rulers of the darkness of this age, against spiritual hosts of wickedness in the heavenly places” (Ephesians 6:12).

In fact, even Christian leaders in business, politics, education, the military, or any other legitimate pursuit will inevitably engage the kingdom of darkness. Since all Christians, in whatever they do, are supposed to be engaged in the advance of Christ’s kingdom, they face opposition from the powers of evil.

Those weapons include human philosophy, rationalistic arguments, carnal strategy, fleshly ingenuity, human cleverness, entertainment, showmanship, and every other innovation that is supposed to augment the power of the gospel. Such strategies are in fashion these days. But all of them are impotent weapons. They represent vain attempts to fight spiritual battles on a human level.

You can use such gimmicks to sell soup and Chevrolets. You can employ them in political campaigns or for public-relations purposes. But in spiritual warfare they are utterly useless.

Paul said the weapons he took to battle were “divinely powerful” (2 Corinthians 10:4). He was saying these were weapons that came from heaven—from God’s personal arsenal. He certainly was not talking about gimmicks and novelties designed to make his message more marketable. Clearly, what Paul had in mind were not weapons of human invention, but divinely ordained, spiritually powerful weapons.

Why? Because the enemy is formidable, and gimmicks and human cleverness can’t do what needs to be done. We need divinely powerful weapons “for pulling down strongholds” (v. 4, NKJ).

The fortresses Paul was describing are corrupt belief systems, sinister philosophies, false doctrines, and evil worldviews. Obviously, if we are in a battle for truth, the fortresses we need to demolish are the bastions of lies—wrong thoughts, wicked ideas, untrue opinions, immoral theories, and false religions. In such ideological citadels, sinful people try to hide and fortify themselves against God and against the gospel of Christ.

Therefore, spiritual warfare as Paul described it is ideological rather than mystical. Our enemies are demonic, but the warfare against them isn’t fought with common tactics people usually refer to as “spiritual warfare.” Despite what some charismatic teachers might tell you, we’re not fighting demons in face-to-face confrontations. The simple fact is that we can’t wage spiritual warfare with magic phrases and secret words. We don’t overpower demons merely by shouting at them. I don’t have anything to say to a demon anyway.

But I have a lot to say to people who have barricaded themselves in fortresses of demonic lies. I want to do everything I can to tear down those palaces of lies. And the only thing that equips me to do that well is the Word of God.

In other words, “the weapons of our warfare” Paul mentions in 2 Corinthians 10:4 are instruments of truth. The Word of God. The gospel. Sound doctrine. The truth of Scripture.

Spiritual warfare is all about demolishing evil lies with the truth. Use the authority of God’s Word and the power of the gospel to give people the truth. That and that alone will pull down the fortresses of falsehood.

What does all that have to do with leadership? One of the fundamental qualifications for spiritual leadership is a knowledge of the truth, an ability to recognize lies, and skill in using the truth to refute the lies. In short, a leader must be discerning.

One of the key requirements Paul listed for elders in the church was that they have to be skilled enough with the Word of God to “be able, by sound doctrine, both to exhort and convict those who contradict” (Titus 1:9). One who is not able to engage in the spiritual warfare on this level is simply not equipped to lead well.

Furthermore, you cannot be a good leader and avoid the warfare. As Paul’s life demonstrated, the more effective you are as a leader, the more the enemy will bring the battle to you. That is the nature of leadership. We therefore cannot lead well or fight the battle well unless we learn the Scriptures and acquire skill in using God’s truth to answer lies.

Lies yield only to the truth. Rebellion ends when truth prevails. If you’re a leader who is also a Christian, you may not realize it, but you are engaged in spiritual warfare. You need to be armed. You need to know the Word of God. And you need to develop skill in using it against the lies of the Evil One.

(Adapted from Called to Lead)

Salvation is not a system of doctrine, a religious creed, or a reformation of life. Salvation is a Person; and that Person is the Lord Jesus Christ. Wherever true faith is found, there is gospel knowledge and spiritual understanding. This man, Simeon, had a clear knowledge of the person and work of our Lord Jesus Christ. This is important. Blessed are those who are thus taught of God (Isaiah 54:11-14; John 6:45). Faith in Christ is not a leap in the dark. It is confidence based upon the revelation of God. It is the result of being taught of God. It is obvious Simeon knew that God has an elect people in every race, Jew and Gentile, who are the true Israel of God. He understood that all men and women by nature are engulfed in great spiritual darkness. But he also knew that the Lord Jesus Christ, the very baby he held in his arms, is the Light of the world and the glory of God, the glory of the Triune God, the revelation of the glory of God and the glory of his people (Jeremiah 9:23-24; 1 Corinthians 1:30-31). Simeon knew that the Lord Jesus Christ is himself God’s salvation. ~ Don Fortner