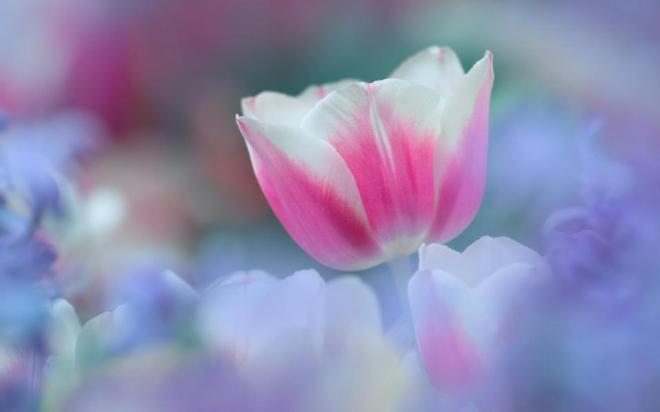 Here is distinguishing grace and discriminating regard; for some are made the special objects of divine affection. Do not be afraid to dwell upon this high doctrine of election. When your mind is most heavy and depressed, you will find it to be a bottle of richest cordial.

Those who doubt the doctrines of grace, or who cast them into the shade, miss the richest clusters of Eshcol; they lose the wines on the lees well refined, the fat things full of marrow. There is no balm in Gilead comparable to it. If the honey in Jonathan’s wood when but touched enlightened the eyes, this is honey which will enlighten your heart to love and learn the mysteries of the kingdom of God. Eat, and fear not a surfeit; live upon this choice dainty, and fear not that it will be too delicate a diet. Meat from the King’s table will hurt none of his courtiers. Desire to have your mind enlarged, that you may comprehend more and more the eternal, everlasting, discriminating love of God. When you have mounted as high as election, tarry on its sister mount, the covenant of grace. Covenant engagements are the munitions of stupendous rock behind which we lie entrenched; covenant engagements with the surety, Christ Jesus, are the quiet resting-places of trembling spirits.

“His oath, his covenant, his blood,
Support me in the raging flood;
When every earthly prop gives way,
This still is all my strength and stay.”

If Jesus undertook to bring me to glory, and if the Father promised that he would give me to the Son to be a part of the infinite reward of the travail of his soul; then, my soul, till God himself shall be unfaithful, till Jesus shall cease to be the truth, thou art safe. When David danced before the ark, he told Michal that election made him do so. Come, my soul, exult before the God of grace and leap for joy of heart.

Joh 15:19-25  If you were of the world, the world would love you as its own; but because you are not of the world, but I chose you out of the world, therefore the world hates you.  (20)  Remember the word that I said to you: ‘A servant is not greater than his master.’ If they persecuted me, they will also persecute you. If they kept my word, they will also keep yours.  (21)  But all these things they will do to you on account of my name, because they do not know him who sent me.  (22)  If I had not come and spoken to them, they would not have been guilty of sin, but now they have no excuse for their sin.  (23)  Whoever hates me hates my Father also.  (24)  If I had not done among them the works that no one else did, they would not be guilty of sin, but now they have seen and hated both me and my Father.  (25)  But the word that is written in their Law must be fulfilled: ‘They hated me without a cause.’

Comparisons all fail to set forth the Lord Jesus, but the spouse uses the best within her reach. By the head of Jesus we may understand his deity, “for the head of Christ is God” and then the ingot of purest gold is the best conceivable metaphor, but all too poor to describe one so precious, so pure, so dear, so glorious. Jesus is not a grain of gold, but a vast globe of it, a priceless mass of treasure such as earth and heaven cannot excel. The creatures are mere iron and clay, they all shall perish like wood, hay, and stubble, but the ever living Head of the creation of God shall shine on for ever and ever. In him is no mixture, nor smallest taint of alloy. He is for ever infinitely holy and altogether divine. The bushy locks depict his manly vigour. There is nothing effeminate in our Beloved. He is the manliest of men. Bold as a lion, laborious as an ox, swift as an eagle. Every conceivable and inconceivable beauty is to be found in him, though once he was despised and rejected of men.

“His head the finest gold;
With secret sweet perfume,
His curled locks hang all as black
As any raven’s plume.”

The glory of his head is not shorn away, he is eternally crowned with peerless majesty. The black hair indicates youthful freshness, for Jesus has the dew of his youth upon him. Others grow languid with age, but he is for ever a Priest as was Melchizedek; others come and go, but he abides as God upon his throne, world without end. We will behold him to-night and adore him. Angels are gazing upon him-his redeemed must not turn away their eyes from him. Where else is there such a Beloved? O for an hour’s fellowship with him! Away, ye intruding cares! Jesus draws me, and I run after him.

Son 5:11-16  His head is the finest gold; his locks are wavy, black as a raven.  (12)  His eyes are like doves beside streams of water, bathed in milk, sitting beside a full pool.  (13)  His cheeks are like beds of spices, mounds of sweet-smelling herbs. His lips are lilies, dripping liquid myrrh.  (14)  His arms are rods of gold, set with jewels. His body is polished ivory, bedecked with sapphires.  (15)  His legs are alabaster columns, set on bases of gold. His appearance is like Lebanon, choice as the cedars.  (16)  His mouth is most sweet, and he is altogether desirable. This is my beloved and this is my friend, O daughters of Jerusalem.