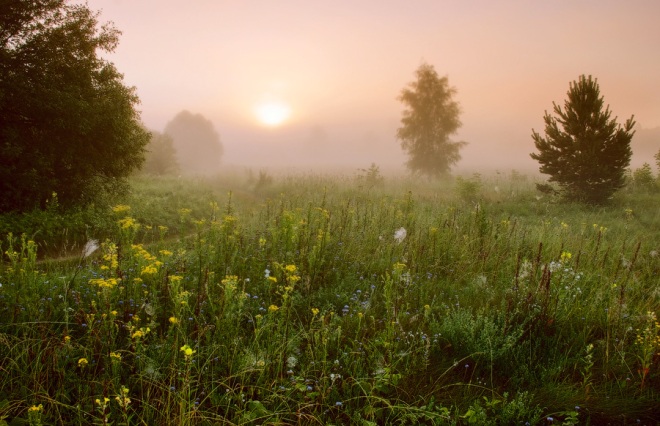 John MacArthur – Grace to You

In these postmodern times, tolerance is the supreme virtue of the public square.  Tolerant people can be broad thinkers, open-minded, and charitable to every worldview—every worldview, that is, except biblical Christianity.  The authoritative demands of Jesus Christ are beyond the threshold of postmodern tolerance.

In this postmodern era, one virtue is esteemed above all others:  tolerance. As a matter of fact, tolerance may soon be the only virtue secular society will embrace. Many traditional virtues (including humility, self-control, and chastity) have already fallen out of public favor and in some quarters are openly scorned or even regarded as transgressions.

Instead, with the beatification of tolerance, what was once forbidden is now encouraged. What was once universally deemed immoral is now celebrated. Marital infidelity and divorce have been normalized. Profanity is commonplace. Abortion, homosexuality, and moral perversions of all kinds are championed by large advocacy groups and tacitly encouraged by the popular media. The modern notion of “tolerance” is systematically turning morality on its head.

Just about the only remaining taboo is the naive and politically incorrect notion that another person’s “alternative lifestyle,” religion, or different perspective is wrong.

One major exception to that rule stands out starkly:  it is OK to be intolerant of biblical Christianity. In fact, those who fancy themselves the leading advocates of religious tolerance today are often the most outspoken opponents of evangelical Christianity. A classic example of this is the Web site at religioustolerance.org. Page after page at that Web site lambastes Bible-based Christianity. It is one of the most bitterly anti-Christian sites on the World Wide Web.

Why is that? Why does authentic biblical Christianity find such ferocious opposition among today’s self-styled champions of “religious tolerance”?

It is because Christianity is diametrically opposed to the postmodern ideas that have made this an age of “tolerance.” Here are six key concepts that set Christianity in opposition to the very spirit of our age:

1. Objectivity
True Christianity starts from the premise that there is a source of truth outside of us. God’s Word is truth (Psalm 119:160; John 17:17). It is objectively true—meaning it is true whether it speaks subjectively to any given individual or not; it is true regardless of how anyone feels about it; it is true in an absolute sense.

Of course this existential generation finds such a view utterly distasteful. People prefer to seek truth inside themselves. If they contemplate the meaning of Scripture at all, it is usually only in terms of “what this verse means to me”—as if the message of Scripture were unique to every individual.

But authentic Christianity regards Scripture as the objective revelation of God’s truth. It is God’s Word to humanity, and its true meaning is determined by God; it is not something that can be shaped according to the preferences of individual hearers.

2. Rationality
Biblical Christianity is also based on the conviction that the objective revelation of Scripture is rational. The Bible makes good sense. It contains no contradictions, no errors, and no unsound principles. Anything that does contradict Scripture is untrue.

That sort of rationality is antithetical to the whole gist of postmodern thought. People today are taught to glorify contradiction, embrace that which is absurd, prefer that which is subjective, and let feelings (rather than intellect) determine what they believe. But such irrationality is nothing less than an overt rejection of the very concept of truth.

As Christians, we know that God cannot lie (Titus 1:2). He does not contradict Himself. His truth is perfectly self-consistent. That sort of black-and-white rationality is one of the main reasons biblical Christianity is intolerable in a generation that rejects reason.

3. Veracity
Authentic Christianity is based on the conviction that God’s objective revelation (the Bible) approached rationally yields divine truth in perfectly sufficient measure. Everything we need to know for life and godliness is there for us in Scripture. We don’t need to seek principles for godly or successful living through any other source. Scripture is not only wholly truth; it is also the highest standard of all truth—the rule by which all truth-claims must be measured.

Such a conviction is the very antithesis of the postmodern notion of “tolerance.” And that is another major reason why Christianity has been targeted by the proponents of postmodern “tolerance.”

4. Authority
Because Christians believe Scripture is true, they teach its precepts with authority and without apology.

The Bible makes bold claims, and faithful Christians affirm it boldly and without compromise. That, too, is a profound threat to the “tolerance” of a society that loves its sin and thinks of compromise as a good thing.

5. Incompatibility
Scripture says, “No lie is of the truth” (1 John 2:21). As Christians, we know that whatever contradicts truth is by definition false. In other words, truth is incompatible with error.

Jesus Himself affirmed the utter exclusivity of Christianity. He said, “I am the way, the truth, and the life. No one comes to the Father except through Me” (John 14:6). “Nor is there salvation in any other, for there is no other name under heaven given among men by which we must be saved” (Acts 4:12). That sort of exclusivity is utterly incompatible with postmodern notions of “tolerance.”

Moreover, as Christians we understand that whatever opposes God’s Word or departs from it in any way is a danger to the very cause of truth. Genuine Christians therefore eschew passivity toward known error—and that too has set the postmodern defenders of “tolerance” against us.

6. Integrity
Since all of the above is true, genuine Christianity sees integrity as an essential virtue and hypocrisy as a horrible vice. Such a mind-set is virtually the antithesis of postmodern “tolerance,” and it is yet another reason our society despises our faith.

Unfortunately, the church in our generation is drifting from these fundamental convictions and has already begun to embrace postmodern ideas uncritically. Evangelicalism is quickly losing its footing, and the church is becoming more and more like the world. Fewer and fewer Christians are willing to stand against the trends, and the effects have been disastrous. Subjectivity, irrationality, worldliness, uncertainty, compromise, and hypocrisy have already become commonplace among churches and organizations that once constituted the evangelical mainstream.

The only cure, I am convinced, is a conscious, wholesale rejection of postmodern values and a return to these six distinctives of biblical Christianity. We must be faithful to guard the treasure of truth that has been entrusted to us (2 Timothy 1:14). If we do not, who will?

Copyright 2007, Grace to You. All rights reserved. Used by permission